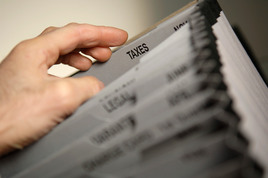 Proposals from the Office of Tax Simplification (OTS) could potentially eliminate more than 90% of P11Ds.

The aim is to save the vast amount of time and effort for employers and HM Revenue and Customs (HMRC).

The OTS suggests that one way NICs could be simplified would be to abolish Class 1A NIC and to apply Class 1 NIC instead via payrolled benefits.

However, the report seeks to balance the need to simplify the tax system without it adversely affecting costs incurred by employees and employers or reducing tax yield.

The OTS report has proposed:

• Simplifying NICS, which might include aligning rules for income tax and NIC and abolishing Class 1A NIC and subjecting all benefits to Class 1 NIC instead

• Abolishing the £8,500 earnings threshold that applies to benefits-in-kind

Many of the recommendations, if implemented, could reduce the burden of form-filling for employers with one of the main objectives of the report being the substantial reduction in the numbers of Forms P11D completed each year.

This could largely be achieved by allowing employers to payroll some or all of their benefits and expenses on a voluntary basis, but other measures should also reduce employers’ reporting obligations such as broadening the scope of PAYE Settlement Agreements and defining what constitutes a trivial benefit.

Tax specialist Jeff Whitcombe, of Wessex Professional Services, said: “The timing of publication might suggest that the report intended to highlight issues to be addressed in this year’s Budget.

“Whilst the OTS acknowledges that the Government may wish to take some matters forward in next month’s Budget it clearly sets out in several places that the issues raised are complex and that many of the proposals will require more detailed consideration and consultation before being introduced.

“For example, the OTS recognises that its principal recommendation regarding the payrolling of benefits would be greatly enhanced by a simplification of the operation of NIC, which would benefit hugely if income tax and NIC rules were aligned so that amounts subject to tax or NIC are consistently defined.”

He continued: “Some of the recommendations may be taken forward as part of the Budget 2014 process, but it’s likely that the vast majority of the proposals may take several years to come to fruition.

“This year’s Budget is much more likely to include some of the quick wins suggested by the OTS when it published its interim report last summer.

“In the Autumn Statement HMRC stated that 10 quick wins would be considered in Budget 2014 but it also confirmed that four quick wins had already been implemented and that a further nine should be implemented by the end of January 2014.”

A measure that may be introduced next month is the alignment of the mileage rates for tax and NIC for those who use their own cars for business, with an amendment to AMAP rates to ensure that the maximum payment should not fall to 25p per mile once the 10,000 mile threshold is reached.

For full analysis of the OTS proposals and the forthcoming Budget, read the March 6th edition of Fleet News.