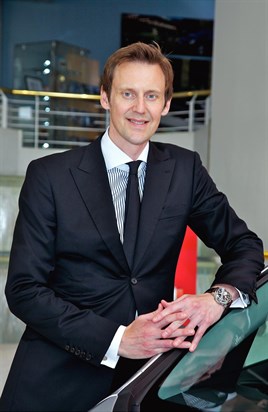 Duncan Aldred, chairman and managing director of Vauxhall Motors and CEO of Opel Ireland has been appointed US vice–president, Buick-GMC sales, service and marketing commencing March 1, and will be based at GM’s global headquarters in Detroit.

Aldred joined Vauxhall as an undergraduate at its Ellesmere Port plant in 1990 and, with Vauxhall sponsorship, went on to graduate from Liverpool John Moores University in 1992.

He subsequently worked in various positions in Vauxhall sales and marketing and was appointed retail sales director in 2004. In July 2006 he moved to Budapest as director, sales, marketing and aftersales for GM’s South East Europe region, transferring to Germany to take the role of sales operations director for GM Europe in 2009.

Returning to the UK in January 2010, he became managing director of Vauxhall Motors, adding the chairman’s responsibilities in December 2011. In addition to these roles, Aldred took the assignment of acting vice president, sales, marketing and aftersales for Opel/Vauxhall in January 2013.

Aldred has led Vauxhall out of the global recession, launching more than a dozen new models and a new brand strategy in three years.

He also successfully secured two new models for its Luton and Ellesmere Port manufacturing plants which begin build in 2014/15 respectively. With more than 4000 employees and sales approaching 300,000 units per annum, Vauxhall remains the second best-selling car brand in the UK market and is the UK’s largest commercial vehicle manufacturer.

A successor will be announced later.