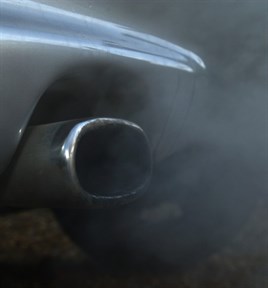 Drivers of diesel cars are being warned not to fall foul of changes to MOT law covering diesel particulate filters (DPFs), which took effect last month.

The guidance is intended to help them overcome stricter rules surrounding emissions tests,

Prior to a change in the legislation cars were only tested on emissions levels and not whether their DPF was attached.

Now any car that should have a DPF but is found to have it missing will instantly fail.

The new rules have left tens of thousands of motorists facing bills of around £1,000 this month - the single busiest the year for MOT testing - according to Halfords Autocentres.

Rory Carlin from Halfords Autocentres said: “Rather than explaining why these important filters become clogged and offering a simple solution that will prevent the issue in the majority of cases, some garages have been removing the DPF.

“This practice has always been illegal but some companies are continuing to advertise the service as though it is a legitimate long-term solution. This means thousands of owners are now facing the cost of a buying a replacement DPF and having it re-fitted.

“A preventative exhaust system cleaner like Cataclean costing as little as £20 can help stop the DPF getting blocked. However, even in cases where a clogged filter has caused a warning light to come on all is not lost - a DPF cleaning and regeneration product like PowerMax is likely to solve the problem in the majority of cases for around £30.”

DPFs often become clogged with soot if a vehicle is frequently used to make short journeys because it does not get hot enough to burn off the particulates that build up over time, unlike motorway journeys.

Fuel and exhaust system cleaner Cataclean not only helps all types of diesel and petrol cars pass their MOT emissions test by cleaning the vehicle’s engine but, providing it is used before the DPF has become clogged, can prevent the DPF failure by lowering soot emissions by up to 60% - with further treatments once a quarter keeping it clean.

William Jones from Cataclean Global Ltd said: “The changes to the MOT test relating to DPF removal were brought about by Department for Transport because of concerns that vehicles were being modified in a way that is was detrimental to people’s health. Effectively removing the DPF undoes the work car manufacturers have done to improve emissions standards.

“Our message to motorists with a DPF is to keep their engine clean by using Cataclean as a preventative measure before problems arise. For motorists, running cars not originally fitted with a DPF Cataclean can help a car pass its emissions test and help you save money by improving engine performance and making your car more fuel efficient.”