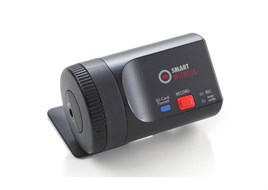 The broker says just 2% of accidents captured by CCTV are disputed - compared to an industry norm of 40% of all motor claims. The company is passing on predicted savings to customers, by giving away SmartWitness's £239 professional edition to all drivers included in fleet risk management policies.

Scott Mourton, Milestone managing director, said he had been stunned at the impact the cameras have had in reducing the costs of settling claims.

As well as the huge reduction in disputes, 84% of SmartWitness claims are reported immediately or within 24 hours - meaning insurers can settle claims speedily without running up huge costs leasing vehicles while cars are being repaired.

Mourton said: "I can remember a previous claim which was disputed involving a Bentley which had been damaged. The insurer ended up having to supply the driver with a Bentley for four months while the dispute was settled.

"A claim which should have cost £4,000 to £5,000 ended up costing £70,000.  If the accident had been caught on camera, it would have been settled in days. It is this kind of costly dispute which journey recorders can eliminate.

"We have found the costs of claims have gone down by between 50% and 60%. It is vital for us to get hold of third parties on fault claims before they go to accident management companies - which means we have much more control over third party costs. SmartWitness is helping that whole process.

"We have also seen a reduction in the number of third party passenger injury claims because the cameras prove the number of occupants. All these savings and the vastly improved account performance has allowed us to pass back these benefits to our clients in the form of cheaper and more competitive premiums."

SmartWitness managing director Simon Marsh said: "We have been working with Milestone for 18 months and it is really exciting to see how the cameras are transforming the way claims are dealt with.

"To reduce claims disputes from 40% to just 2% shows perfectly how effective the cameras are. What is there to dispute when it is all there on crystal clear video?"

Marsh said that Smart Witness's fleet customers achieving savings of up to £60,000 a year on their insurance after installing vehicle journey recorders.

Chauffeuring company Tristar Worldwide, based in Middlesex, fitted SmartWitness to all its 460 vehicles.

Fleet manager Janusz Kozlowski said: "I would estimate we will save about £60,000 a year based on few accidents and because we will be less likely to be targeted by 'cash from crash' fraud."

Marsh added the reduction in the number of accidents was the key to the cameras' success. He said: "We have always stressed that the primary benefit of SmartWitness cameras is the overall improvement in driving standards.

"If drivers are being monitored they tend to be more alert and more safety conscious. SmartWitess is a vital training tool for firms. Drivers' behaviour can be monitored closely over weeks or months and mistakes eliminated."