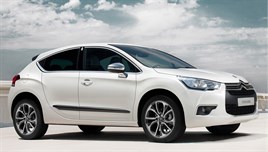 Citroen has chosen Autorola UK as its online remarketing partner to open up its dealer network used vehicle stock to more than 2,000 trade buyers across the UK.

The agreement went live on January 1, 2014 and the majority of the 200-strong dealer network has already signed up to use Autorola’s Autofind online sales portal as a means of disposing of over age or non-Citroen part exchange stock.

Trade buyers have already bought hundreds of Citroen cars and light vans in the first 10 weeks.

“The majority of the network has already signed up to the online portal as it provides another step in maximising their used car efficiencies and ultimately helps increase used revenues.”

“The Citroen programme has been one of the quickest to get off the ground of any Autofind partner agreement that we have launched,” said Jon Mitchell, sales director at Autorola UK.

“Citroen cars and vans are proving popular with buyers and residual values are strong.”