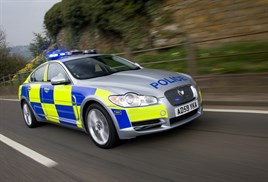 Seven violent criminals have been sentenced to a total of 71 years behind bars, in part thanks to data provided by Trak telematics systems.

information provided by the Crewe-based telematic system provider helped Croydon Police to successfully convict the men of a string of violent robberies carried out over a six-day spree from Saturday, March 23, last year.

Detectives from Croydon’s robbery squad were able to recover the Audi along with three other vehicles - a Toyota Yaris, a VW Golf and a Renault Megane - stolen by the gang.

Alan Cottrill, commercial director of Trak, said: “It is always extremely pleasing to help the police, especially when the information we were able to provide, helped to successfully convict these violent criminals.”