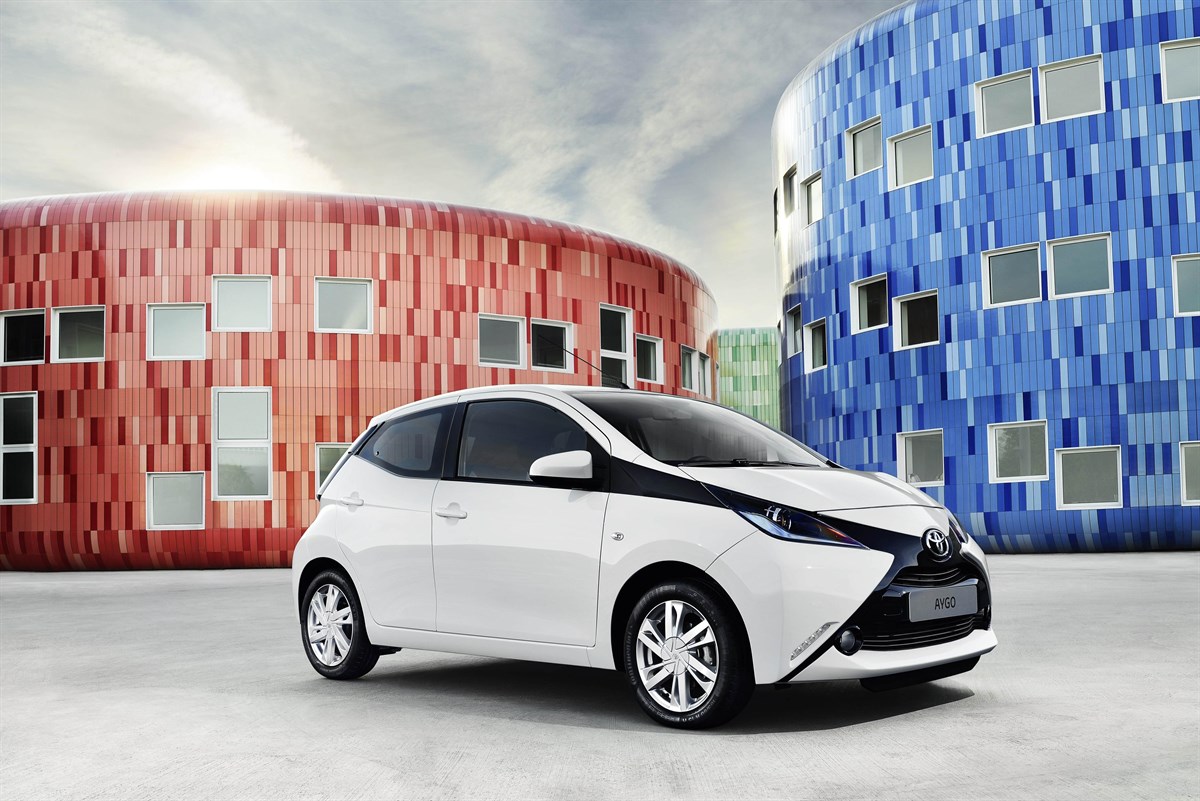 The car, due to go on sale in the summer, replaces the outgoing 2005 model, and is built on a shared  production line in the Czech Republic.

Emissions are 95g/km from an updated three-cylinder 1.0 litre petrol engine, with an average of 68.8mpg.

The car will be available with Toyota's new X-Touch multimedia system, which will allow sending and receiving of text messages, and comes with a rear view camera as standard.

Toyota is also targeting the trend of customisation and personalisation - the X-shaped front grille, rear bumper insert, enhanced front bumper and alloy wheels can all be specified to suit, while in the cabin the instrument panel, centre console, air vents, shift knob and gear lever surround can easily be changed.

The new Aygo will be available with three or five doors.