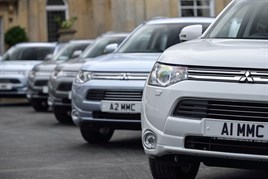 The Outlander PHEV's results follow the record of its sibling, the Outlander SUV, which also received the 2012 JNCAP Five Star Award in May 2013, in addition to ratings in Europe, the United States, and Australia.