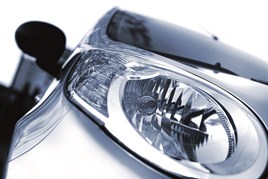 Alphabet has launched a new tool for fleets thinking of adopting electric vehicles.

Alphabet launched its E Valuation tool last year as part of AlphaElectric, and has now developed a ‘lighter’ version in conjunction with route planning and optimisation specialist, Route Monkey. The lighter version of E Valuation is intended to analyse smaller, specific parts of a fleet.

It provides a simple analysis of a fleet’s existing vehicles and highlights where EVs could replace existing cars and vans cost-effectively.

Each customer receives a bespoke analysis and recommendations based on actual mileages, emissions, fuel prices and Whole Life Costs of selected current vehicles on their fleet.

When Alphabet analysed 15 vans and nine cars for Amey, E Valuation revealed that six vans and five cars could be replaced cost-effectively with plug-in vehicles.

Among the vans, replacing the four most suitable vehicles with EVs would reduce Whole Life Costs by an average of £3,090 each.

Amey fleet manager Matt Dillon, said: "We were highly impressed by the information from the 'E-Valuation' tool. The systematic process gave us the evidence we need to make informed decisions on plug-in vehicles."

Jon Burdekin, head of consultancy services at Alphabet, said: "Many fleets want to prepare for plug-in mobility but aren't sure where to begin. Our ‘E-Valuation’ tool gives them the right answers in one simple process. It gives an all-round review of suitability and guides them towards the right plug-in choices."