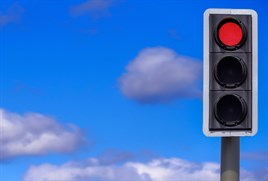 Half of fleets believe traffic lights should stay red for longer, according to a poll by comparison website TrackCompare.co.uk.

The week-long survey, held earlier this month, followed a Government announcement that it is reviewing crossing times after concerns were raised that pensioners and others find it difficult to cross roads before the lights change.

Asked the Do you believe traffic lights should stay red for longer, 52% of respondents said yes.

Kjell Anderton, a TrackCompare director, said: “With this poll there was an almost fifty-fifty split, which reflects the fact fleet operators are both drivers and pedestrians and can see things from both sides.

“One told us ‘I think no, because it will cause more congestion, but I also think yes because sometimes I have to nearly run across the road, and I'm not a pensioner’.”

Typical of comments left in support of extra red-light time was ‘I do think they should ; even if you’re not elderly there's never enough time to cross’.

Comments against ranged from ‘No, we should have a countdown system like they do in America, so that people can see how long they've actually got left to cross the road’ to ‘No way - they already stay on too long and hold me up’.