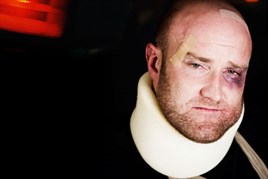 The value of fraudulent insurance claims uncovered by insurers rose to a record £1.3 billion in 2013.

That’s up 18% on the previous year, according to figures published today by the Association of British Insurers (ABI), and is more than double the cost the UK’s shoplifting bill.

The ABI’s latest figures on insurance frauds uncovered in 2013 show that:

• Insurers detected a total of 118,500 bogus or exaggerated insurance claims, equivalent to 2,279 a week. The average fraud detected across all types of insurance products was £10,813. While there was a small fall in the number of detected frauds their value, at £1.3 billion, was up 18% on 2012.

• Since 2007, the value of dishonest general insurance claims detected has more than doubled, with the number detected up 30% over the same period.

Insurance industry initiatives that are turning the screw on the cheats includes, investigations by the Insurance Fraud Enforcement Department, a specialist police unit dedicated to tackling insurance fraud.

It has so far led to 470 arrests and 85 prosecutions of insurance fraudsters since it was established in 2011.

Meanwhile, calls from the public reporting suspected insurance frauds into the Insurance Fraud Bureau’s ‘cheatline’ rose by 32% to 6,060 in 2013, over the previous year.

Currently the IFB is supporting police forces and insurers investigate 110 ‘crash for cash’ scams, throughout the UK. These scams alone represent approximately £120 million of financial exposure to insurers.

Aidan Kerr, the ABI’s assistant director head of fraud, said: "The vast majority of customers are honest and rightly expect tough action against the fraudsters.

“The more that is done to crackdown on the dishonest, the quicker and more effectively insurers can deal with the claims from the honest majority.

"The message is clear; never has it been harder to get away with committing insurance fraud; never have the penalties - ranging from a custodial sentence and a criminal record to difficulties in obtaining financial products in the future - been so severe.”

Examples of insurance cheats exposed include 60 people, including seven members of the same family, who were convicted of a crash for cash staged accident fraud which involved over £514,000 being claimed from 25 vehicle crashes alone.

Meanwhile, a bus company was forced to scrap a bus route after it was targeted by ‘crash for cash’ fraudsters.