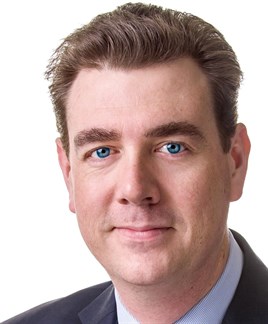 Alex Smith is to take over as director of the Volkswagen Passenger Cars brand from July 1, replacing Robert Hazelwood who is leaving the company.

Smith (39) is currently director of Volkswagen Commercial Vehicles, a position he has held for the past two and a half years.

Prior to that, and since joining the Volkswagen Group in 2007, he has fulfilled a number of roles, including head of retail operations for Volkswagen Passenger Cars and head of Group Parts Operations where he was responsible for the Trade Parts Specialists network.

Having started his motor industry career in 1995, Smith has also worked for Ford and Kia with responsibility for operations, fleet, aftersales, planning and marketing.

He said: “I’m excited to be returning to the Volkswagen Passenger Cars brand knowing that Commercial Vehicles is setting new records.

“Sales of Volkswagen cars this year are also set to reach an all-time high, and with an invigorated network featuring new sites, new partners and new technology. I’m looking forward to being a part of the brand’s continuing success story.”

Hazelwood has been director of Volkswagen since May 2012 and has worked for the Volkswagen Group since 2005.

A successor for Smith at the Volkswagen Commercial Vehicles brand will be announced in due course.