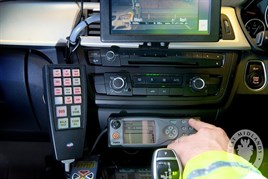 The continuous insurance enforcement legislation introduced three years ago has reduced the number of uninsured vehicles on the road, according to the AA.

The new law made it an offence to keep a vehicle that is not insured, even if the car is never driven; or not subject to a statutory off-road notification (SORN).

The legislation works by comparing data on the Motor Insurance Database (MID) with Driver and Vehicle Licensing Agency (DVLA) records.  Some 4,000 advisory letters are issued by the Motor Insurers’ Bureau (MIB) daily where no record of insurance of registered vehicles can be found.

Simon Douglas, director of AA Insurance, says that over the past decade the number of uninsured drivers on Britain’s roads has nearly halved (47%)**, with up to 2,500 cars being seized each week.  Police effort such as that by the Metropolitan Police is making serious inroads into what is a national problem.”

“Despite that, there are still at least 1m cars being driven without cover,” Mr Douglas says.  “Persistent uninsured drivers are often caught, convicted and simply carry on driving, even if they are disqualified.

“This isn’t a victimless crime,” he adds.  “Uninsured or untraced drivers kill about 130 people and injure nearly 26,500 every year.  Victims could lose their no-claim bonus and will be unable to obtain redress from the uninsured party.

“Most cars driven without insurance are identified by automatic number plate recognition equipment on police cars and at fixed locations, which check registration numbers against data from the Motor Insurance Database.

“If you have no cover, your car will be confiscated, a fixed penalty of £300 applied with six penalty points or disqualification.

A storage charge of £150 plus £20 per day is applied for up to 14 days, after which unclaimed vehicles are either sold or crushed.  The vehicle can’t be reclaimed without proof of insurance while 30% are not recovered.”

The fixed penalty for driving without insurance increased from £200 to £300 last August, but Douglas believes that this doesn’t reflect the seriousness of the offence.

“Most uninsured drivers are young men and the penalty bears little relation to the cost of insurance that they would otherwise have to pay,” he says. “And if they opt to go to court, or are sent to court because they are already disqualified or have no license, the penalty is means-tested and could be much less than that.”

The AA calculates that uninsured drivers cost the insurance industry around £380 million a year and on average, add £33 to the cost of every motor insurance policy.