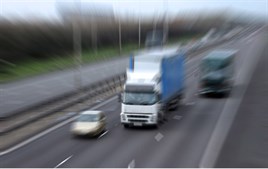 Government plans to increase the maximum fine for speeding to £10,000 have been rejected by the majority of fleets in two polls.

A Fleet News online poll revealed around one in five fleets (22%) supported the measure, while 78% were against the increase.

And, the result was exactly the same in a survey from comparison website TrackCompare.co.uk, which was launched shortly after the Government announced its proposals.

Kjell Anderton, a TrackCompare director, said: “This poll attracted far more comments than any we’ve held over the past year.

“Those against had strong views and people in favour were just as forthright.”

The Government announced it was quadrupling the maximum fine to £10,000 for speeding on the motorway as part of sweeping reforms to the penalties which can be imposed by magistrates.

Other fines for breaking the limit on dual carriageways and other roads will also increase four-fold from £1,000 to £4,000, along with the maximum fine for using a mobile telephone at the wheel.

Magistrates will also get the power to impose unlimited fines for more serious offences such as careless driving or driving without insurance for the first time.

Pete Williams, head of external affairs at the RAC, said: “When will we hear the Government is investing in better road safety awareness campaigns and police on the roads, rather than just doling out what looks like revenue-boosting punishment?”