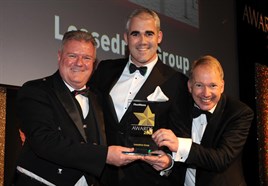 Managing director David Bird and commercial director Roddy Graham will step down from their roles at Zenith Leasedrive at the end of this month.

This is in line with an agreed six-month transition plan, following the majority investment by HgCapital in Leasedrive at the end of last year.

They will leave the day-to-day running of the business in the hands of the new executive management team led by Tim Buchan.

Graham said: "This was always carefully planned and we leave the business at the top of its game and in the hands of a really strong management team with three former Leasedrive directors - Sean Farrell (white label services director), Joe Howick (rental management director) and Dominic Moran (account management director) now an integral part of the operating board of Zenith Leasedrive.

“As always, they will play a major role in the ongoing development and continuity of the business, supported by the excellent people at our two offices in Wokingham and Birmingham who constantly strive to deliver the highest quality bespoke vehicle management service.

"David and I retain great pride in the business and continue as significant investors in Zenith Leasedrive and advisors to HgCapital who also completed a majority investment in Zenith earlier this year.

“HgCapital's vision is to support management to grow industry champions and has provided strong backing to enable Zenith Leasedrive to further invest and develop the new merged business into an even stronger proposition for customers and prospects alike.

"When we bought Leasedrive back in 2003, we had three clear objectives - to make a difference, to have fun and to build a successful and profitable company. I believe we have successfully achieved all three.

"In 2004, we launched Drive:Manager, a bespoke online total fleet management system which set new benchmark standards in terms of operational and customer service excellence within the sector.

"In 2006, we beat the top players to win the Fleet News Award for 'Best Contract Hire/Fleet Management Company' at a time when we were only ranked 25th in the FN50.

"The following year we formed Leasedrive VELO, after acquiring VELO, and moved up the league table.

"At the end of 2010, we were appointed by Investec to manage, operate and integrate the latter's acquisition of the UK contract hire business of Masterlease UK and,18 months later, rebranded ourselves the Leasedrive Group following the successful integration.

"In 2003, at the time of the buy-out, Leasedrive had only 1,200 units and we presided over an 11-year period of uninterrupted growth which saw the fleet size grow to over 40,000 units under contract hire and fleet management by the end of 2013.

"Alongside being innovators and building a reputation for successfully growing, acquiring and integrating businesses, we also won numerous awards.

"While David and I leave on a high, the success of Leasedrive during our time at the helm was down to exceptional people and fantastic customers and both remain in place.

"We are of the firm opinion that by combining the best of both worlds, Zenith Leasedrive will have a very bright and successful future."

Andrew Land, HgCapital, added: "I would like to thank David and Roddy for their partnership with us through last year's acquisition of Leasedrive and subsequent investment into Zenith.  They built a great business that will only get stronger as part of the Zenith Leasedrive combination."