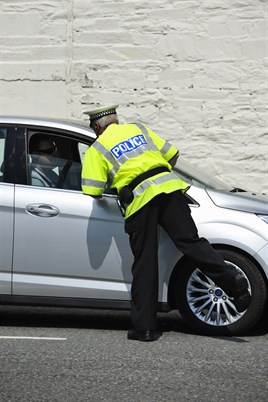 Road safety campaigners and European traffic police are urging the EU to fast-track the adoption of a modified law on cross-border enforcement of traffic offences such as speeding.

The modified rules, published on Friday (July 18) by the European Commission, come in response to a European Court of Justice ruling in May that said the existing law, which came into force in November last year, had been adopted on an incorrect legal basis.

The ECJ has said the current rules could remain in effect until May 2015 while new legislation is agreed.

According to the European Commission, non-resident drivers account for approximately 5% of road traffic in the EU but are responsible for 15% of detected speeding offences.

Cross-border enforcement could save 350-400 lives a year according to an official impact assessment.

Antonio Avenoso, executive director of the European Transport Safety Council said: “Letting foreign-registered drivers off the hook when they speed or drink and drive is unsafe but it’s also unfair.

“These rules are a smart way of deterring drivers from dangerous driving when they go abroad but will also help member states track down offenders that put other people’s lives at risk.

“We urge EU member states and the new European Parliament to give the green light to the new proposal as soon as possible.”

Pasi Kemppainen, director at TISPOL, the European Traffic Police Network, said: “Europe-wide adoption of the new proposal will lead to more effective enforcement, which encourages drivers to comply with safety rules and leads to a rapid reduction in deaths and injuries.

“Careful and considerate drivers, wherever they live in Europe, will have nothing to fear from CBE. As well as ensuring that no one has the chance to drive away from justice, the new legislation will help protect people when they drive abroad, because they will be using roads with greater compliance, fewer traffic offences and lower risks.”