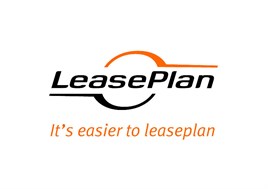 LeasePlan Corporation has announced its results for the first half year of 2014 and highlights include an 18.2% increase in net profit to £161 million.

The financial report for its European operations also shows that the number of vehicles under management has increased to 1.38 million from 1.37 million at year-end 2013.

Vahid Daemi, CEO of LeasePlan, said: “Building on LeasePlan’s consistent track record of growth, our company continued to deliver a strong performance, both operationally and financially.

“The fact that LeasePlan has performed at such a level over a period where economies have been under sustained pressure is testament to the group’s customer-focus and the determined way in which LeasePlan entities have built long lasting client relationships.

“Structurally, our global business is in good shape. In terms of performance, the vast majority of LeasePlan’s income streams across the vehicle value chain, continued to contribute positively to the net result in the first half of the year.

“Of significant note was the sharp rise of EUR 60 million in the result of terminated contracts to EUR 121 million, compared to the same period last year.

“As in 2013, the second hand vehicle market for well-maintained ex-lease vehicles provided a solid revenue stream for LeasePlan, particularly in mature European markets such as France, Germany, Spain, the Netherlands and the UK.”

Across LeasePlan’s global operations a range of driver centric services have been developed and implemented, such as My LeasePlan – a portal to serve drivers.

Additionally, it has the introducedclient contact centres and mobile technologies to provide 24/7 access to vehicles services, maintenance and repair.

The next driver centric trend, says LeasePlan, is in vehicle telematics.

LeasePlan says it has conducted a number of trials with clients that have resulted in demonstrable improvements in fuel costs and reduction of driver incidents and vehicle emissions, with services recently launched in Italy, Spain and the UK.