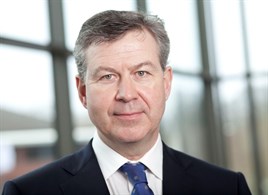 Pricing expert Glass’s has launched a new residual value forecasting tool, four months after it was due to be unveiled.

The company had originally hoped to launch GlassForecast last year, before announcing it would be ready for release in April (Fleet News, December 12, 2013). However, it was delayed again after the Surrey-based business decided it needed fine-tuning.

The end result, according to Glass’s, is a new forecasting tool which has the power to transform businesses in fleet and finance, and challenge CAP’s dominance in the sector.

Ian Tilbrook, managing director of Glass’s, told Fleet News: “We would like to have got it out there a bit quicker, but the compensating factor is that the features that we now have in our product offering have certainly been worth the additional months it’s taken to get it to market.”

Feedback from a number of FN50 leasing companies during development suggested ways they believed the product could be improved, which saw the launch date slip.

“We wanted to make sure we could maximise the opportunity that is available to us,” said Tilbrook.

Glass’s already has a significant presence in other sectors, such as insurance and service, maintenance and repair, but has struggled to get a foothold in the fleet and finance sector.

CAP has the been dominant force and CAP coding has become synonymous with the fleet and leasing industry.

“Manufacturers, funders and fleet operators now have a choice in forecast benchmarking,” said Tilbrook. “We are continuously striving to develop new tools and this is one that the market has been demanding.”

GlassForecast is aimed at end-user fleets, rental and leasing companies, the finance sector and OEMs.

Dean Parnell, head of fleet and finance sales at Glass’s, said: “Our ambition is to transform businesses in those primary sectors by helping them to minimise risk, improve profitability and improve relationships with funders, not just commercially, but operationally as well.”

“It’s delivering a level of information that has not been accessible to people before,” said Parnell. “The concept of Glass’s providing future residual values itself isn’t necessarily new, but the methodology we put behind it is new for Glass’s and what it delivers into the marketplace is new.

“The process that we use is the process that you’ll see in all of the major leasing companies. What we’re backed up by is four million pieces of transactional information and a team of expert editors.”

Glass’s believes the success of its new forecasting tool relies on its methodology being transparent. Parnell said: “It gives customers the power to agree or disagree with any part of our process.”

It’s been welcomed by a number of leasing companies. Matt Sutherland, chief operating officer at Alphabet, said: “The industry has been crying out for Glass’s to create a tool like this. GlassForecast will be a very welcome addition to the marketplace.”

He added: “This is an established, respected brand, and will undoubtedly present an approach worthy of serious consideration.”

The fleet forecasting tool follows a period of significant change for Glass’s, with key personnel joining from CAP.

The sales team, which is led by the former head of corporate sales at Honda Ed Hummel, includes Steve Worrell, head of dealer sales, who joined from CAP, along with Parnell and Lee Coomber, who is head of partnerships.

Tilbrook, who was managing director of ING Car Lease before joining Glass’s 18 months ago, is bullish.

He said: “The benefits of GlassForecast are clear to see. Users can improve profitability by maximising RV accuracy, allowing them to position products more effectively.