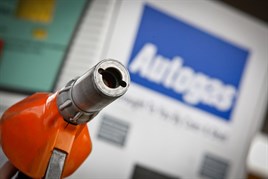 Results from a nationwide public survey by Comres, showed that British drivers would consider converting to LPG to avoid the rising costs of petrol and diesel as fuel prices are predicted to rise by an average of 10.4% over the next six years.

The Government recently announced a 10-year tax trajectory which supports low prices for gaseous fuels including LPG Autogas. This could mean small car drivers could save on average  five hundred pounds per year for the next six years by switching to LPG and drivers of larger cars could save up to a thousand pounds per year.

Linda Gomersall, yeneral manager of Autogas said: “The survey results show that the rising cost of fuel is a considerable financial concern for families and it is likely to become a bigger worry as the cost of petrol and diesel is predicted to rise significantly over the next six years.

“The cost of living is at an all-time high at the moment and families are looking for ways to ease the burden. Converting to LPG presents a real opportunity to save significant amounts of money over the next few years.

“Currently LPG Autogas is around half the price of unleaded and diesel and available at 1400 refuelling sites across the UK. More needs to be done to end the duopoly of these fuels and give people more cost-effective and cleaner alternatives.”

Gomersall added: “Following the Chancellor of the Exchequer’s introduction of a 10 year duty trajectory, there is now a plan that for the next 10 years that LPG autogas remains significantly more cost effective to consumers and small businesses when compared to petrol and diesel. Therefore, there is a clear case for consumers being able to make decent savings and we are urging the Government to consider how this can be encouraged further including looking at ways to reintroduce ready-to-drive LPG Autogas cars into the UK which are already commonplace in Europe.”