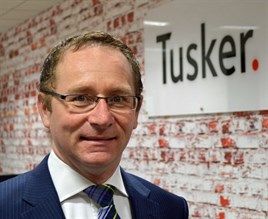 Tusker has added three more new car schemes covering nearly 10,000 employees to the rapidly growing portfolio it operates in the UK, taking the total number of live schemes to more than 180.

Tusker has now taken more than 12,000 orders to date through its SalarySacrifice4Cars scheme (SS4C) in both the private and public sectors.

The number of live schemes has grown by more than 60% in the last 12 months with another 40 schemes expected to go live before the year end.

Jan Britton, chief executive of Sandwell Council, said that the new salary sacrifice scheme had been very well received by employees and that in excess of 40  new car orders had already been placed.

He added: “The salary sacrifice car scheme joins a number of benefits under our Sandwell Employee Benefits Scheme package, and after two months is already ahead of where we expected it to be.”

Britton said that Sandwell had worked closely with Tusker to communicate the benefits of the scheme to employees.

“We had a robust communication plan including a dedicated intranet site. We also ran a number of roadshows, and had posters, flyers and messages on employees’ payslips,” he said.

“As chief executive, I also made sure the scheme was promoted regularly through my blog. Having achieved this level of awareness, it’s our intention to keep the scheme’s profile high and to show employees that it is available all year round and not just during benefits breaks.”

The initiative at Calderdale was driven by the Council’s transport services manager, Paul Topham, who recommended the idea of a salary sacrifice car scheme, open to all permanent employees, to the Human Resources department.

“I had seen the scheme that was being run by Tusker with North Yorkshire County Council and was very impressed by it.  I thought a similar scheme would work very well at Calderdale,” said Topham.

“It was very straightforward to implement the scheme, and we set a carbon cap of 130/km on the scheme, which we thought was appropriate for our needs as it made more family type cars, such as MPVs and SUVs, available to our staff.”

The terms of the agreement are flexible so that employees can choose from vehicle contracts of 24, 30 or 36 months, while the scheme is inclusive of motor insurance, servicing and maintenance, Road Fund Licence, roadside assistance, tyres and glass.

Calderdale employees are also encouraged to order cars with a combined fuel consumption of more than 50mpg to help reduce the Council’s carbon footprint and improve mileage efficiency.

So far, the Calderdale scheme has been greeted very enthusiastically with more than 40 new car orders being placed in the first three months, covering a wide range of vehicles from Ford Fiestas to Range Rover Evoques.

At Oxford City Council, the new salary sacrifice car scheme has also been set with a carbon cap of 130g/km, and gives employees a choice from up to 3,500 available new models.

The Council looked at several suppliers before selecting Tusker based on its advanced technology, along with extensive driver support not only during the order process, but throughout the entire agreement.

Payroll technician Paul Collins said: ”Our employees already have access to other salary sacrifice schemes for childcare vouchers and cycles for work, and in a survey identified that a car scheme would be a welcome addition to those benefits available.

“Feedback to date has been very positive and the web portal for employees to choose their new cars, and for us as employers to authorise orders, is very easy to use.”