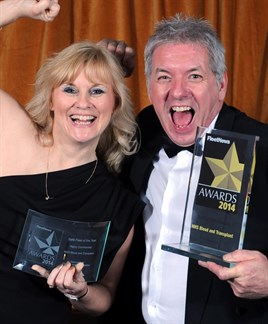 Hall of Famer Val South described it as “a real honour to both me and my company”. Martin Carter, operations director, Stannah Management Services, called it a “massive motivation for the team” while Larry Bannon, national fleet services manager, NHS Blood and Transplant said there is “no higher or better accolade”.

They are talking about the importance of winning a Fleet News Award, the greatest honour in fleet.

Fleets, manufacturers and suppliers are set to do battle once again for these keenly-contested awards with the official launch of the process today (September 18). Winning is not easy: the awards represent the pinnacle of fleet success and honour excellence, innovation and quality.

All entries are judged by experts drawn from across the fleet sector. They give up hours of their time to meticulously scrutinise the entries and take part in the intensive judging days. And they ensure that we always select the worthiest winner in every category.

The awards are rigorously monitored and controlled by awards chairman Christopher Macgowan and the whole process is audited and signed off by Deloitte, ensuring no bias or prejudice.

But you only stand a chance if you enter, so start planning now by requesting an entry form by emailing emma-louise.kinnaird@bauermedia.co.uk

Most Improved Fleet Manufacturer of the Year
2014 winner: Mercedes-Benz

Supplier of the Year
2014 winner: Autoglass
Sponsored by: Toyota and Lexus Fleet Services