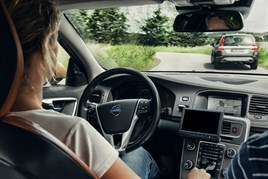 A worrying leap in the percentage of secondary-school starters killed or injured as pedestrians on UK roads, compared to children in the last year of primary school, sends a clear warning to drivers as the new school year begins, says the AA.

Official accident statistics show that in 2012, the latest year for road casualty figures by age, the number of 11 year olds killed or injured while walking along UK roads was 71% higher than among 10 year olds. This compares with 60% in 2011 and 63% in 2010.

This means that, over the course of the last three years, there have been on average around 65% more 11-year-olds injured as pedestrians than 10-year-olds.

With the start of the new school year and thousands of secondary-school starters learning the route to a new school, often without parents, drivers will need to be extra vigilant and stick to speed limits.

Casualty data for 2012 also shows that more children (1, 699) were injured in a road accident in September than in any other month. Cycling in particular posed a significantly higher risk for children in September with 305 injuries during the month in 2012. The second highest figure for children being injured while cycling was 242 in May.

Edmund King, AA President, said: “A combination of being unfamiliar with their route, plus the pressures of starting a new school and a desire for greater independence as they head towards their teenage years, can make children even more vulnerable as cyclists and pedestrians at this time of year.

“Drivers need to be extra vigilant during this time as there are likely to be many more children cycling on the roads and using the pavements during the busy rush hour times.

“Of course it isn’t only drivers who have a responsibility to try and ensure young road users are kept safe.

“Parents can help pave the way by getting their children used to a new route before term starts.”