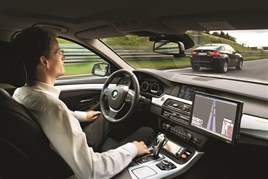 MPs are yet to grasp the impact of modern vehicle technology on the motor industry, says the Institute of the Motor Industry (IMI).

The comments came after a Dods Polling survey into MPs attitudes to driverless cars revealed a lack of knowledge amongst legislators on the impact of autonomous vehicles.

The survey showed that almost half of MPs questioned were against further investment in autonomous vehicle research, despite the Government announcing plans to have driverless cars being trialed on UK roads in 2015.

“High profile companies including the likes of Jaguar Land Rover, Ford, Google, Nissan and even NASA are all now engaged. This technology is not going away.

“Even if we don’t see fully autonomous vehicles on sale in the next few years, the advancement in technology will have a huge impact on normal vehicles.  “MP’s are in danger of falling asleep at the wheel and need to start paying closer attention to the implications of these changes; both in terms of legislative issues and the large skills gaps it will create in the automotive workforce who maintain cars.”

The Government introduced plans last year to prepare legislation and infrastructure to allow driverless cars to be tested on UK roads in 2015 with a number of large companies already signed up to lead the research.

However, research revealed by the IMI last year showed that many MPs believed the motor industry was a low paid, low skilled sector.

“The development of these vehicles has huge implications for repairers, which we do not believe MPs fully understand,” said Nash.

“However, we are still in a situation where literally anyone can set themselves up to work on these vehicles.

“The stakes will be infinitely higher if totally autonomous vehicles are introduced. This is why IMI is now campaigning to get licensing for automotive technicians.

“We believe it is past time for the government to act on behalf of an industry that maintains 35 million vehicles on Britain’s roads.”

The full Dods report can be found by clicking here.