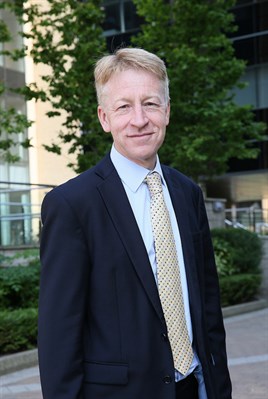 The chief executive of the Highways Agency (HA), Graham Dalton, is leaving his post in the summer.

During his seven years in post Dalton has led the agency through a time of financial constraint and of growing ambition for the strategic road network.

He said: “It has been a privilege to lead the Highways Agency through such an exciting time.

“I am leaving the business in good shape with a great team of people and an unprecedented five year fixed investment plan.

“Highways England, which will come into being in April following Royal Assent of the government’s Infrastructure Bill, will need a chief executive who can commit to delivering the first Roads Investment Strategy which runs to 2020.

“I will work with chairman Colin Matthews to ensure an orderly handover to my successor in the summer.”

Matthews said: "Graham has led the Highways Agency to the point where we can confidently confront the fresh opportunities and challenges in the government's Road Investment Strategy.

“I thank him warmly for all he has achieved during his successful tenure as CEO."

The Highways Agency, an agency of the Department for Transport, is the organisation responsible for the operation, maintenance and improvement of the strategic road network in England.

The Infrastructure Bill, currently going through Parliament, will see the Highways Agency become a government-owned company, Highways England, responsible for delivering over 100 new road schemes between now and the end of the next parliament.

Secretary of State for Transport Patrick McLoughlin said: "I would like to thank Graham on behalf of the Department for his sterling service both to the Highways Agency and the government.

"Over the past seven years Graham ha‎s worked tirelessly to oversee the delivery of vital upgrades on our strategic road network, including the dualling of the A11, the introduction of the Dart Charge and the smart motorway network and improvements on the M25, M6 and M62.

"‎A road network that is safe, well-constructed and keeps Britain moving is vital to a growing economy. Graham will be handing over an organisation that has the interests of motorists right at its heart."