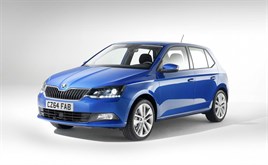 Euro NCAP has identified the models tested in 2014 that have achieved the highest scores in their respective class.

The results show a split emerging between small, price-competitive cars and those in the larger categories. All of the Large Family cars tested by Euro NCAP in 2014 achieved a five star rating.

By contrast, the Skoda Fabia was the only Supermini to be awarded five stars, despite the fact that 14 models in that category were assessed during the year.

In the Small MPV category, only the Volkswagen Golf SV got the top rating, with more than half the segment scoring only three stars. It shows that manufacturers are still struggling to make driver assist technology available in market segments where every cent counts.

The best alternatively-fuelled vehicles tested in 2014 were the Lexus NX followed by Tesla Model S by a small margin. Of the 40 unique models tested in 2014, only 5 models offered either all-electric or hybrid driving.

Euro NCAP's secretary general, Michiel van Ratingen, said, "We congratulate those manufacturers whose cars are in our Best in Class list for last year. It shows a commitment to offer the highest levels of safety which, nowadays, means active accident prevention as well as top-rate crash protection. As these technologies become more widespread and costs fall, we will see more manufacturers follow the example of the class leaders and offer the best all-round safety to all consumers."