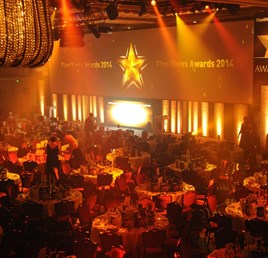 Tickets for the Fleet News Awards 2015 are now sold out.

The Fleet News Awards, now in its 27th year, is recognised as the most influential and important awards in the fleet industry.

The judging panel have met and compiled the list of the pioneering and class leading people, companies and vehicles in fleet, with the full shortlist being announced in the February 19 issue of Fleet News, and online the same day.

Stephen Briers, editor-in-chief of Fleet News, said: “It takes real effort to win these Awards: they represent the pinnacle of fleet success and honour excellence, innovation and quality. Fleets are a crucial part of the UK economy – they spend around £19 billion a year just on running their vehicles – and they represent an important barometer of confidence in a growing economy.

“Sponsor support has been overwhelming and I would like to thank them all, in particular our Platinum partners for 2015.”

With 30 awards up for grabs, fleets, manufacturers and suppliers will battle once again in the keenly-contested Awards and set a tough task for the judges, who are drawn from across the sector.

Patrick McGillycuddy, Škoda head of fleet and sponsor of the customer service award, said: “Being a sponsor of the Fleet News Awards, one of the industry’s flagship fleet events, offers real business opportunities for Škoda. Not only do we get a chance to meet some of the most influential people in the fleet industry, it’s also a great chance to get first hand opinions of our products and services from fleet managers and drivers.”

Kate Silverton returns as host of the awards, while after dinner comedy comes courtesy of Sean Lock.

Described by the Independent as ‘one of the finest and most original comedians around today, Sean appears as a team captain on the Channel 4 comedy panel show, 8 out of 10 Cats. He has also appeared on They Think It’s All Over, Never Mind The Buzzcocks and Room 101, and is a frequent guest on BBC2’s QI.

Aaron Brown, in2-Connect managing director and sponsor of the Fleet News Hall of Fame, commented: “As in2-Connect is launched for use into the automotive and fleet markets, it seemed only logical that the in2-Connect Platform work alongside the most prestigious awards ceremony in the industry. Using the Fleet News Awards, and the process leading up to the awards, is particularly important in obtaining immediate market-wide brand awareness, gaining exposure to the real decision makers in the industry. in2-Connect is proud to work with Fleet News.”

The event is now sold out and 1,600 guests will gather at the prestigious event not only to celebrate industry success but also to network, learn and share ideas.

Andy Hungate, Halfords Autocentres head of business development and sponsor of the fleet of the year 251-1,000 vehicles, said: “The Fleet News Awards are an important and enduring part of the fleet industry calendar. As a service provider ourselves we believe it is important to recognise hard work and success, which is why we’re delighted sponsor the Fleet of the Year award - which recognises the hard work that goes into operating a commercially successful fleet."

Shaun Barritt, Grosvenor Contracts Leasing group managing director and sponsor of the short-term rental company category, added: “Interactive Fleet Management is the specialist fleet management arm of the Grosvenor Group, which has been serving fleets large and small for more than 35 years. We have seen the Fleet News awards develop into perhaps the most exciting and important event in the industry’s calendar and are thrilled to be involved in championing the very best in our sector.”

Mark Dickens, Head of fleet sales operations and remarketing and sponsor of Fleet of the year – up to 250 vehicles continued: “We wanted to show our support of industry excellence through sponsorship of the coveted Fleet of the Year up to 250 vehicles award.  In the year that Renault launches its new Fleet sales organisation and on the back of a world record year of growth in sales, we are honoured to be part of such an important event.”

John Bostock, account development director at Barclaycard, said: “Last year in association with The Miles Consultancy we launched our new Fuel+ product, which could help companies cut an average of 25% from their business fuel costs. The Fleet News Awards recognise the very best talent in the sector and are always a fantastic showcase of achievements, so as we continue to grow our proposition and invest in the industry, we are delighted to be sponsoring the Fleet of the Year Award (1,000-plus vehicles) at this year’s event.”