HGVs without safety equipment to be banned from London 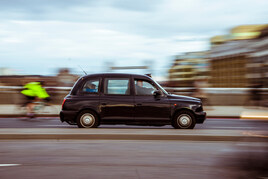 The Mayor of London, Boris Johnson, Transport for London (TfL) and London Councils have given the go-ahead for a London-wide ban on any lorry not fitted with safety equipment to protect cyclists and pedestrians.

In a public consultation, the proposed Safer Lorry Scheme received 90%.

Traffic orders implementing the scheme are now being published, while the installation of road signs at the London boundary, training of police officers and information campaigns with drivers and hauliers have started.

The scheme will be enforced from September 1, as soon as all of the 600 warning signs are in place.

All roads in Greater London (except motorways) will be covered by the scheme. It will require vehicles of more than 3.5 tonnes to be fitted with sideguards to protect cyclists from being dragged under the wheels in the event of a collision, along with Class V and Class VI mirrors giving the driver a better view of cyclists and pedestrians around their vehicle.

The scheme will operate 24 hours a day, seven days a week, and will be enforced by the police, the Driver and Vehicle Standards Agency and the joint TfL and DfT-funded Industrial HGV Taskforce (IHTF).

The maximum fine for each breach of the ban will be £1000. The operator will also be referred for consideration to the relevant Traffic Commissioner, who is responsible for the licensing and regulation of HGV operators.

The Mayor of London said: “Improving the safety of London’s roads is a top priority. We know that a large number of cyclist deaths and serious injuries involve a relatively small number of trucks and lorries that are not fitted with basic safety equipment.

“Such vehicles are not welcome in the capital and the Safer Lorry Scheme will see them effectively banned from our streets.

“The lives of thousands of cyclists and pedestrians will be much safer as a result and I urge all operators of HGVs to get on board and make it a success.”

The announcement was made at the second annual London Road Safety conference yesterday (Thursday, February 5), hosted by TfL, which brought together a wide range of partners and stakeholders, including the London boroughs, to promote collaboration and knowledge sharing on road safety.

HGVs are disproportionately represented in cyclist fatalities in the capital. Of the 14 cyclist deaths in London in 2013, nine involved HGVs.

Although the number of serious collisions involving cyclists and HGVs in 2014 decreased, it remains one of TfL’s key commitments to reduce the number of people killed or seriously injured in London by 40% over the next five years.

In its assessment of the final detail of the scheme, the Freight Transport Association (FTA) has stated that compliance costs to industry have been minimised by TfL's sensible approach to its implementation.

However, it still considers that this has not necessarily been the best way of improving cyclist safety and increased enforcement against those not complying with safety requirements would be a better approach.

FTA's head of policy for London Natalie Chapman, said: “FTA is pleased to see that the necessary exemptions and concessions for the vehicles for which this equipment is either not possible or not legal have been included within the requirements of the London Safer Lorry Scheme.

“However, in principle we believe that this kind of blunt regulatory tool is not the best way to improve cyclist safety.

“We still think that the money and effort spent on this scheme would have been better spent on increased enforcement against the small proportion of lorries that don't comply with existing regulations."

FTA now advises all operators to ensure that any lorry that may need to access Great London in future has sideguards and Class V and VI mirrors fitted before September 1, unless it is subject to one of the remaining exemptions or concessions.