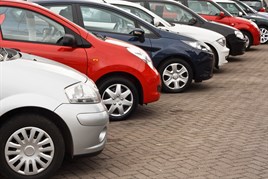 Commercial vehicle specialist Fleet Hire is reporting a 99% success rate and notable cost savings since it starting cleaning the diesel particulate filter (DPF) components on its vehicles instead of replacing them after they became blocked.

Contract hire, fleet management and salary sacrifice provider Fleet Hire has been regularly cleaning the DPFs on its vehicles since October 2013 with the help of automotive reconditioning company DPF Team Clean.

The company is reporting a 99% success rating over that period, as well as cost savings when compared with replacing blocked DPFs.

Steve Osier, technical services advisor, said: “We have been using DPF Clean Team for two years and have found that regularly cleaning DPFs is a lot more efficient and cost effective than replacing them once blocked.

"A DPF clean can be completed and a vehicle returned to the road in a matter of days, which is considerably faster than the time associated with sourcing a new DPF, ordering and receiving the part, and then having it fitted.

“So far we have recorded a 99% success rate with the cleaning and the 1% that did have to be cleaned twice was down to a vehicle issue, rather than the cleaning process.

"Ultimately this has saved us money when compared to the costs of sourcing new DPF parts.”