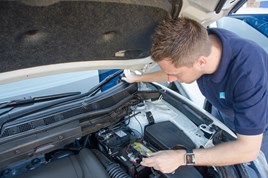 Practical Car and Van Rental was able to uncover a dishonest insurance claim relating to one of its hire vehicles using Abax’s Triplog.

A customer of the Milton Keynes based rental firm had hired a vehicle from the company and drove it to Paris.

Once in the French capital the customer contacted Practical Car to report a burning smell coming from the vehicle which was so strong that the fire brigade had been called.

Practical Car told the customer not to use the vehicle. The company then arranged through their insurance policy for the customer and his family to be flown back home to the UK.

However, when the vehicle was later recovered from the dealership Practical Car discovered that it had been used after the time of the reported fault and no fault was found. This detail was discovered from information relating to vehicle movements stored by the Abax Triplog system fitted to the vehicle.

Chris Miller, Abax UK chief executive, said: "The data from the technology fitted to the vehicle was able to prove a dishonest and potentially fraudulent claim had been made. This will allow our customer to claim compensation that, in effect, paid for the immediate cost of having the Abax technology.

"Telematics hardware has a number of benefits, but this example proves it also helps to avoid instances of insurance fraud, which ultimately drive up premiums for everyone. We are seeing more and more car hire firms using telematics systems. The ability to recover vehicles following the first notification of loss is key."