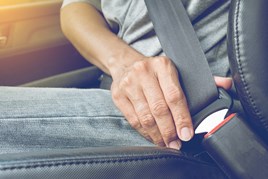 The project was launched a year ago by EU traffic police who want people to pledge to reduce risk and improve safety on all road journeys on September 21.

TTC Group, which helps businesses and organisations manage their work related road safety as well as running courses for police nationwide, says it is calling on all their customers to join the campaign.

“We are proud to be supporting Project Edward on September 21 and we are encouraging all our customers to embark on a road safety campaign, not just for September 21, but on an ongoing basis as well,” said TTC DriverProtect’s Andy Wheeler.

“We will be supporting Project Edward. Zero to road deaths,” said Sergeant Williams.

Project Edward’s long term aim is to spearhead a significant and sustained reduction in deaths and serious injuries on roads across the world.

Jo Baugh, Marketing Manager for TTC DriverProtect, part of the TTC Group, said: “Every life is important and in the UK five people die on average each day on our roads. A quarter of all crashes involve people driving for work.

“We all have to heed road safety advice and businesses can play their part by pro-actively monitoring, measuring and managing work-related safety for their fleet drivers.”

Companies can now register for Road Safety Week 2017, which is being held from November 20-26.

More than a fifth (21%) of UK companies whose employees drive for work purposes have no road safety policy in place, new research has revealed.