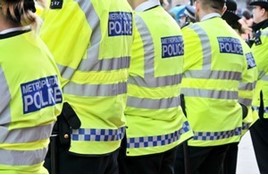 The Home Office has launched a consultation to provide Police officers with greater legal protection when perusing criminals on the road.

Under current law, Police officers are expected to adhere to the same driving rules as regular motorists, putting them at risk of committing dangers driving offences when carrying out their duties.

For some criminals it means that driving recklessly enables them to escape as Police fear that they could be prosecuted if they decide to give chase, according to the Police Federation.

Officers have to rely on the Crown Prosecution Service (CPS) using its discretion to avoid prosecution and face lengthy Independent Office for Police Conduct (IOPC) investigations and suspension from duty.

The government is consulting on a separate test for Police drivers that would require:

It will also address the myth that officers cannot pursue motorcycle riders who are not wearing helmets.

The Government will make it clear in law that a suspect is responsible for their own decision to drive dangerously and that blame should not be attached to the pursuing officer.

Nick Hurd, minister for Policing and the Fire Service, said: “Police officers must have the confidence to pursue suspects where it is safe to do so and criminals should be in no doubt that they will not get away with a crime by simply driving recklessly.

“Our proposed changes will make sure that skilled police drivers who follow their rigorous training are protected, while ensuring the minority of officers who do cross the line are robustly held to account.”

Tim Rogers, lead on Pursuit Driving for the Police Federation of England and Wales, added: “We welcome this announcement as it is unacceptable to have officers trained to drive in a way that exposes them to prosecution merely for doing the job the public expect of them.

"I do however say this with caution as this has been an issue we have been campaigning on now for several years and although it is a positive step that the government have finally agreed that a legislation change is required, they must now act quickly to prevent more officers suffering unnecessary and often mendacious prosecutions.”

The consultation also asks for views as to whether the changes should also apply to police response driving, such as when officers are called to a terrorist incident, as well as pursuits.

The Government plans to bring forward comprehensive road safety legislation as a result of the consultation.