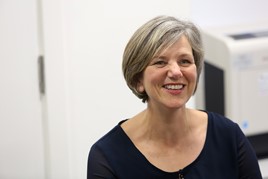 Female fleet and transport professionals are being encouraged to have their say on issues such as the Government’s approach to road safety by giving evidence to parliamentary inquiries.

Currently, women are under-represented in select committee inquiries, making up only one in three witnesses.

Greenwood (pictured) said: “Parliament’s Select Committees are working hard to increase the number of women who give evidence to our inquiries. The task is made harder when the potential pool of female witnesses is so small – with women making up only one in five people who work in the transport sector.

“By introducing potential witnesses to MPs and parliamentary staff, we are hoping more women will be more aware of the work of the Committee and feel encouraged to contribute to our inquiries in the future.

“Diversity is a real issue for the world of transport - UK plc cannot afford to miss out on the talent from under-represented groups.”

Susan Claris, associate director, transport consulting at Arup and a trustee of Living Streets, the UK charity for everyday walking, was a witness for the Transport Committee’s inquiry on active travel.

This involved taking part in an informal roundtable discussion last summer and giving evidence to the select committee, alongside two other transport professionals, in a more formal setting at Portcullis House, Westminster in December.

“Lilian (Greenwood) really sets the tone for the meeting, she chairs it in a firm but friendly way and the committee were very interested to hear our views on the basis of knowledge-seeking,” Claris said.

“It is a great opportunity to help shape policy and to get your voice heard and also raise the profile of women in the transport sector. I would definitely encourage more women to take part.”