1.7m drivers speed on every journey 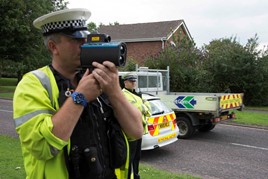 More than 1.7 million drivers exceed the speed limit on every car journey they make, equates to around 5% of all motorists, according to new research from HPI.

The study also revealed that two thirds (68%) of Brits admit to speeding on at least some of their car journeys and a quarter (28%) speed on at least half.

The findings also highlighted that there are some major knowledge gaps when it comes to speed limit awareness. Almost three-quarters (72%) of UK drivers don’t know the speed limit of a single carriageway road.

Fernando Garcia, consumer marketing director at HPI Check, said: “With so many drivers on the road in 2019, it’s hard to believe how many are not abiding by the law when it comes to speed. Speed limits should always be treated as a matter of paramount importance and ignoring them could risk safety on the roads.

“What stood out to us the most, was the shocking stat that a large majority of drivers do not know the correct speed limit for single carriageway roads. It’s important to remember that safety is vital on the roads, and we would recommend that all drivers brush up on their speed limit knowledge where needed.”

Department for Transport data revealed that between 4am-5am is most likely hour for drivers to speed, whereas 4pm-5pm was found to be the least likely hour.

HPI conducted a further study and found that the most common place for drivers to speed is in 20mph limits. On faster roads the instance of speeders was less common.

The study found that the majority (65%) of  speeders do get caught, with a temporary camera being most common way.