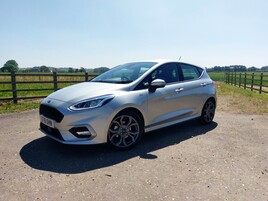 AA Cars analysed the 30 most searched for cars on the AA Cars platform, compared prices of three, four and five year-old models in August 2019 and August 2021.

Demand for some models is so strong that they are even appreciating with age. A three year-old Mini Hatch, for example, now costs 57% more than a model of the same age cost in 2019. A five year-old model, meanwhile, currently costs 15% more than a three year-old car did in 2019, meaning it has gained in value despite getting two years older.

While the Mini Hatch claimed the crown for the fastest rise in prices, other models have also appreciated even as they got older. For example, Toyota Aygo owners who bought a three-year-old model in 2019 could find their car is now worth 11% more, while Volkswagen Golf owners have made a similar profit of 9.5%.

Surging demand and finite supply have combined to push up used car values sharply over the past two years. The first easing of lockdown restrictions in summer 2020 unleashed demand that had been pent up during the early stages of the pandemic. Demand accelerated again in 2021 as the economy improved and many people opted to drive rather than take public transport.

Meanwhile, a shortage of new cars for sale has led many drivers to buy used rather than new, with demand pressures pushing up second-hand prices at unprecedented rates.

Average price increases for the 10 most popular cars listed on AA Cars (aged three to five):

Aston Barclay has developed a used car desirability index that can help fleet operators understand which models are commanding the most attention at auction.

Data from VWFS suggests more people are buying used SUVs in 2021 than in 2018, while smaller used models have fallen in demand during the same period.