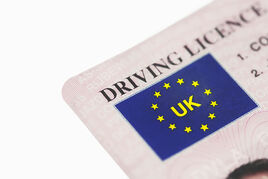 The number of provisional driving licence holders caught behind the wheel without insurance increased by 16% to 14,618 in 2020, compared to two years earlier, according to new data seen by RAC Insurance.

A Freedom of Information request to the Driver and Vehicle Licensing Agency (DVLA) showed that provisional licence holders accounted for 14% of the 105,641 uninsured drivers recorded in 2020 – 2% more than in both 2018 and 2019.

As many as 15,933 people (15% of all those uninsured) found to be without insurance did not even have a licence.

There were also five 68-year-olds with provisional licences who were found not to be insured.

RAC Insurance spokesman Simon Williams says the increase may be a symptom of the impact the pandemic had on learning to drive and people’s finances.

“The shortage of available driving tests due to Covid is also likely to be a significant factor behind the high numbers,” he said.

“It’s also the case that younger drivers, who are more likely to have provisional licences, pay a disproportionate amount of tax when they buy car insurance which makes their already expensive policies even harder to afford.”

To mark the first anniversary of Brexit, the Government has unveiled new designs for driving licences and number plates without the EU flag.

New data from the DVLA shows that 92,000 drivers are at risk of losing their licence.