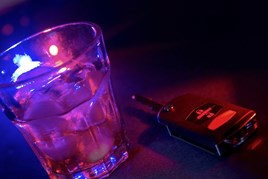 Brake has given its backing to calls made today (May 19) by the Police Federation for a lower drink drive limit.

The move follows evidence from Scotland that the lower limit introduced there last year has led to a marked reduction in drink driving rates.

The call is being made at the Police Federation’s annual conference, being held in Bournemouth this week.

The Police Federation is also highlighting what it calls the “unprecedented cuts” suffered by roads policing units in the last five years.

Julie Townsend, deputy chief executive, Brake, said: “Brake agrees with the Police Federation that the UK drink drive limit – one of the highest in Europe – needs to be lowered.

“We would like to see an effective zero-tolerance limit of 20mg alcohol per 100ml blood. This would make it clear that even small amounts of alcohol affect your ability to drive safely, and end the widespread confusion over whether it’s safe and acceptable to have one or two drinks and drive.”

The road safety charity also echoed the Police Federation’s concern over the cuts that have been made to roads policing in recent years, which it says have been disproportionally heavier than cuts to other areas of policing.

Townsend said: “Given that enhanced traffic policing offers a huge return on investment and a way to avert needless casualties and suffering, this makes no rational, moral or economic sense.

“Brake urges the government to make traffic policing a national priority and give officers the backing and resources they need to do their job.”