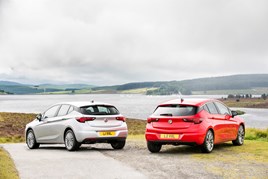 MPs have been warned that the fleet industry could face a two-tier tax system thanks to the introduction of real-world testing.

It is due to be introduced from 2017, but fuel efficiency figures that better reflect real-world driving conditions will also result in an increase in the reported CO2 emissions.

Mike Hawes, chief executive of the Society of Motor Manufacturers and Traders (SMMT), told MPs on the Transport Committee: “Overnight, you will go from the old scale to a new scale.

Hawes explained to the committee that the difference for a car that previously hit 99g/km could be up to 20% under the new test, putting it in a bracket of 115g/km or more. And, with tax paid according to a vehicle’s CO2 emissions, it could leave employers paying significantly more in Class 1A NIC and Vehicle Excise Duty (VED).

Employees could also be forced into a much higher benefit-in-kind tax bracket for choosing the latest variant of a car they had driven for the past three or four years.

Fleet News first highlighted the issue almost two years ago, when 64.4% of fleets said they would forgo real-world figures if it meant they had to pay more in tax (Fleet News: May 1, 2014).

Hawes said: “We have vehicle excise duty, company car tax and capital allowances based on CO2. Often which band you are in comes down to a single gramme.

“A new car that is the latest iteration of the same vehicle may have more advanced emission technologies, but it could still be higher-emitting in carbon dioxide, according to the new test, so it would be in a different band.”

It would leave company car drivers having to find the extra cash, consider downsizing or choosing an alternatively-fuelled vehicle. It could even persuade employers to ditch company car provision altogether and opt for a cash equivalent.

Hawes continued: “You need to make sure that the system allows for the fact that currently NEDC is the basis for VED, company car tax and so forth.

“How will you approach newer vehicles, which have a more punitive test but in the real world may be emitting less CO2, had they been tested under the existing NEDC test?”

The United Nations Economic Commission for Europe (UNECE) estimates that fuel consumption figures under  the new testing regime would be 10% to 20% higher than those under the current test cycle. The International Council on Clean Transportation (ICCT) suggests it could be up to 30% higher.

Opel Group CEO Karl-Thomas Neumann said: “We strongly believe that the industry has to regain trust by increasing the transparency with both customers and authorities.”

Fuel consumption numbers recorded under the WLTP test cycle will be published on a dedicated micro-website, starting with the new Astra. They will show a fuel consumption range with a low and a high number.

Hawes said: “In the space of two to three years, the industry faces change to the test cycle, change from the existing Euro 6 to Euro 6-plus and changes to the type approval process.

“Those three things will happen at once, so there will be a degree of challenge to the industry in making sure that the systems continue to be understandable to both the industry and the consumer.”