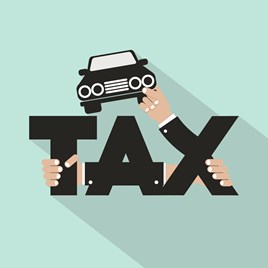 Company car schemes and their positive impact on air quality could be at risk if the chancellor fails to deliver a fair deal for the fleet industry in the autumn statement.

The warning, from fleet representative body the Association of Car Fleet Operators (ACFO) and the British Vehicle Rental and Leasing Association (BVRLA), comes as the Government prepares to outline its fiscal plans on Wednesday, November 23.

BVRLA chief executive Gerry Keaney said: “HM Treasury must reconsider the company car taxation regime and the impact it has on a major tax revenue-generating sector.

“Whether it’s the planned salary sacrifice proposals, the incoming 2% company car tax increase from 2017-18 or the decision to push back the removal of the 3% diesel supplement until 2021, our members and their customers have been disproportionally hit with a higher tax burden than other industries.”

The Chancellor, Philip Hammond, will announce changes to company car tax, which should include a narrowing of benefit-in-kind (BIK) tax bands for ultra-low emission vehicles (ULEVS) and zero emissions driving capability being referenced for the first time.

Hammond’s predecessor, George Osborne, failed to reveal BIK rates for 2020/21 in his last budget, forcing fleets to order company cars without knowing how much tax they will have to pay.

ACFO says this should not be allowed to happen again and has called on the new chancellor to reveal company car tax rates on ULEVs until 2028/29, while also recognising vehicle lifecycles and product availability.

Osborne also delayed the removal of the 3% diesel surcharge from 2016 to 2021 on the back of air quality concerns in last year’s autumn statement. It could yet be retained beyond 2021 and increased as the Government tries to get to grips with pollution problems.

Caroline Sandall, deputy chairman of ACFO, said: “Long-term planning is essential to motor manufacturers and fleets and it is only fair to company car drivers that they select vehicles in the full knowledge of what their tax bills will be for the full lifecycle of a vehicle.”

But, it is perhaps Hammond’s announcement in relation to the tax treatment of salary sacrifice and car/cash allowance schemes which will be most eagerly anticipated on November 23.

The proposals could affect up to 650,000 people who have taken a salary sacrifice car or receive a vehicle as part of a cash or car benefit scheme, according to the BVRLA.

Sandall said: “Introducing changes of this scale and nature leads to uncertainty and will make both employees and employers question the viability of car schemes, leading to fewer schemes, fewer cars and quite possibly less tax revenue.”

The proposed changes will also hit drivers of low emission cars the most, because they have the greater difference between their taxable BIK and their salary sacrifice amount or car allowance.

The consultation period closed on October 19 and an announcement is expected in the autumn statement, with the planned date for introduction April 2017.

Sandall said that would be “too soon” for fleets and suggested that “grandfathering rights” needed to be considered by the chancellor so employees were treated fairly.

Fleet decision-makers will also be wary of a cash-strapped Government which may be tempted to raise extra revenue by increasing fuel duty after previous freezes.

A combination of a weak pound and Brexit fears since the UK’s EU referendum vote, and rising oil prices, have contributed to average diesel prices rising by 5.17p per litre from 113.48p at the beginning of October to 118.65p at the end of the month. Petrol was up 4.39p per litre, ending the month at 116.73p on average, having begun the month at 112.34p.

The average price of both fuels at the forecourt are now at their highest levels since July 2015. RAC fuel spokesman Simon Williams said:  “If the chancellor has been considering tinkering with fuel duty in this month’s autumn statement, the sheer volatility of prices we are currently seeing should, we hope, be enough to make him reconsider.”

Follow @_FleetNews and @GarethFleetNews on November 23 for all the latest on the Autumn Statement as it happens.