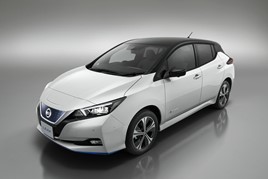 The Government has again ignored calls to bring forward the 2% BIK rate for pure EVs from April 2020 to April 2019.

Responding to the BEIS Committee’s Electric vehicles: driving the transition report, the Government chose not to follow the committee’s recommendations for a preferential electric vehicle rate for VED and to bring forward the planned lower rate of BIK.

The latter was something many in the fleet industry had called for and was a key point in the Fleet News Budget Manifesto.

In its formal response to the report, the Government argued that the tax system means company car drivers already receive “a significant discount compared to a conventionally fuelled alternative”.

The Government did, however, state that it would introduce new tax bands from 2020-21 that “focus incentives on the very cleanest cars that allow most journeys to be zero emissions”.

Rachel Reeves MP, chair of the BEIS Committee, commented: "The Government continues to fail to match its own rhetoric in encouraging people to switch to electric vehicles.

“The Government’s response to the BEIS Committee’s report highlights once again the lack of ambition and vagueness of the UK Government’s targets on zero-emissions vehicles.”

Gerry Keaney, chief executive of the British Vehicle Rental and Leasing Association (BVRLA), said: “By failing to change the tax regime now to incentivise the uptake of electric vehicles, government is missing the opportunity to drive change quickly.

“It is disappointing to see an ongoing lack of alignment between its taxation policy and its wider environmental ambitions.”

The BVRLA said that it will continue to engage with Parliamentarians, officials and other stakeholders on this issue.