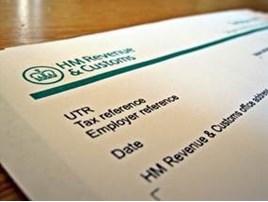 Defining when a vehicle is a van or a company car for tax purposes remains “hopelessly unclear”, according to accountancy firm RSM, after the courts rejected appeals from Coca Cola and HMRC.

Back in August 2017, a first-tier tribunal (FTT) considered whether three commercial vehicles (two Volkswagen Kombi vehicles and one Vauxhall Vivaro) operated by Coca-Cola should be classified as vans or cars for benefit-in-kind (BIK) purposes.

The legislation states that a van must be a goods vehicle, defined as a vehicle of a construction primarily suited for the conveyance of goods or burden.

While the outward appearance of the three vehicles in this case seemed similar, after taking account of the full characteristics of each, two were found to be cars – the Volkswagen Kombi vehicles – and the Vauxhall Vivaro was found to be a van.

It meant that the company had to pay an unspecified amount of backdated national insurance (NI), while two drivers face unexpected BIK tax bills for use of the two the Volkswagen Kombi vehicles.

Fleet manager Tom Sayers had told the tribunal in 2017 that employees were offered the choice between a panel van or a vehicle modified by a third-party contractor with rear seats, which could be used for their own private purposes.

The first Volkswagen Kombi was fitted with a removable three-person bench seat in the van’s mid-section as standard, which meant no goods could be carried there with it in place. The rear cargo section was approximately 3cu metres and separated from the mid-section with a central partition.

The second Volkswagen Kombi had three removable seats in the mid-section, and was modified with a fixed partition to separate it from the 3cu metre rear cargo area.

In his conclusion, tribunal judge Guy Brannan said that as the mid-sections were equally suitable for carrying goods and passengers, they could not be regarded as goods vehicles. He said: “In essence, therefore, the Kombis were both multipurpose vehicles.”

However, he ruled that the Vivaro was a goods vehicle as it was “primarily suited to the conveyance of goods”.

It also featured a number of modifications including a second row of removable seats. With the seats removed, the load volume was virtually unchanged at 5cu metres. With them in place, this fell to around 4cu metres.

Deborah Parks-Green, employment solutions director at RSM, told Fleet News: “The upper tribunal has now considered the matter further and upheld the FTT decision dismissing the appeals of both parties.”

The decision specifically set out that consideration of what vehicles might commonly be understood to be 'cars' or 'vans' is not directly relevant, nor is the use to which they are put.

In its judgement, which you can read here, the upper tribunal (UT) said: “We reject the submission that, simply because a vehicle answers to the description of a ‘van’ as that term might be commonly understood, it necessarily follows that it is a ‘van’, or a ‘goods vehicle’.”

Parks-Green explained: “The design characteristics of the Kombis were equally suitable for carrying goods and passengers and therefore had to be cars as there was no primary purpose to their construction. On the other hand, the construction of the Vivaro, including its adaptations, was considered to be primarily suited to the conveyance of goods and was, therefore, a van for benefit in kind purposes.”

So where does this leave employers when completing their P11D returns for BIK? If they cannot rely on a common understanding of what is a van, must they undertake a review of the mechanical and underlying design and structure of each vehicle?

Parks-Green said: “The position seems still to be hopelessly unclear, and HMRC guidance on the matter still does not reflect the findings of the FTT decision.

“Combi-type vans like those reviewed by tribunal are increasingly popular in businesses, having an ability to transport both goods and people and this is, perhaps, their downfall for benefit-in-kind purposes.

“Whilst in many cases, they will be used mainly for the transportation of goods, the additional seating, sometimes removeable, currently means that HMRC are likely to classify them as company cars and liable to income tax and Class 1A National Insurance accordingly.”

Some businesses might now decide to use double-cab pickup-type vehicles, as HMRC currently accepts these as vans for BIK purposes, providing their payload is at least one tonne, excluding its hard top.

However, Parks-Green said: “We must ask whether there is logic in this distinction by HMRC that a double-cab pickup is a van but a combi-van is a car. Both have a further row of seats for transporting passengers, and both might equally be suited to the transportation of goods.

“What is equally illogical is that a commercial vehicle based on the design of a panel van with considerable load capacity can be treated the same as a car which is designed for the transportation of passengers with a limited load space.”

The one thing that seems clear to Parks-Green is the need for updated legislation in the context of these combi vehicles, to allow businesses to meet their commercial needs without employees facing large and unexpected income tax costs.

Businesses are being urged to review their salary sacrifice and car allowance schemes after a Court of Appeal decision.

Tribunal reclassification should mean extra NI for company and BIK for drivers.