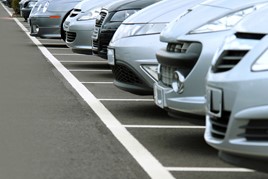 The initiative is part of the Council’s strategy to reduce emissions and congestion in the centre of Birmingham.

Based on an initial assessment of the predicted net revenue, it is estimated that the levy will generate approximately £7m annually.

The workplace charging levy will operate alongside the town’s clean air zone, which is expected to come into force in July 2020.

In it’s proposal document, Birmingham City Council suggests the levy will be enforced within the clean air zone area, within the A4540 ring-road.

Currently, the only council to enforce a workplace parking levy is Nottingham.

The Nottingham scheme, which charges businesses £415 per space, has been in operation since 2012 and has raised £64 million, which has been used to improve Nottingham’s tram network and subsidise a public bike-share scheme.

A number of UK cities and towns are considering workplace parking levies as a way of tackling air quality and emissions targets and raising money to invest in sustainable transport projects.

Leicester, Reading, Edinburgh, Glasgow, Cambridge, Bristol and Hounslow and Camden in London have all confirmed that a workplace parking levy is under consideration.

It will put further focus on fleets to consider alternative mobility options for employees in city centre office locations, alongside their future planning on how to mitigate the impact of other measures like clean air zones (CAZs) and congestion charges.

It is predicted that the proposed scheme will take three years to implement, becoming operational in 2023/24.

Nottingham has achieved its carbon emissions reduction target four years’ early, thanks in part to the introduction of the Workplace Parking Levy (WPL).

Charging employers for providing parking spaces is one of a number of solutions being considered to reduce air pollution in Manchester.