Drug driving laws not being enforced 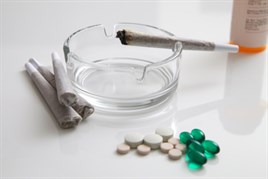 Drug driving laws are being flouted according to a new survey that reveals almost two thirds of people feel that the rules are not being properly enforced.

The National Travel Attitudes Survey, published by the Department for Transport (DfT), found that 63% of respondents in England agreed that ‘the laws on driving whilst impaired by illegal or legal drugs, are not properly enforced’.

It also revealed that 60% of people agree that ‘the number of people driving whilst impaired by illegal or legal drugs has increased in the last five years’.

The most recent statistics for drug driving highlight that it appears to be on the increase. The number of fatal and serious crashes with a contributory factor of “driver/rider impaired by illicit or medicinal drugs” increased by 8% from 2017 to 2017, up from 447 to 484 incidents.

Road safety charity Brake believes these views are a consequence of a decline in police numbers in recent years and a lack of Government approved roadside drug testing devices.

Currently, only cannabis and cocaine can be tested for at the roadside.

Joshua Harris, director of campaigns at Brake, said: “What today’s research shows is the public think that not enough is being done to tackle drug driving, and worryingly it appears to be an increasing issue on our roads. It is, therefore, vital that both the law and our enforcement ability is effective in catching, punishing and deterring this dangerous behaviour. More Government approved roadside drug testing devices are desperately needed; just two of the drugs listed as illegal under the law - cannabis and cocaine - can be tested for at present - a clear gap in enforcement that must be filled.

“Time and time again research has shown that one of the most effective deterrents to dangerous and illegal behaviour on our roads is a visible police presence. We urge the new Government to overturn the savage cuts that police forces have felt in recent years and give the police the resources they need to tackle the menace of drug driving.”