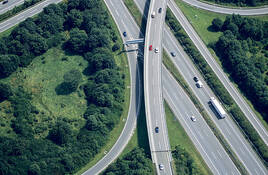 Transport Secretary Grant Shapps is being urged to adopt EU vehicle safety measures that are due to come into effect in July.

The UK supported these measures, which apply to new cars, vans, lorries and buses, until it left the EU. After Brexit the new rules will not automatically apply.

A group of former Transport Ministers, including serving MP Sir Peter Bottomley, Father of the House of Commons, say the UK now needs adopt the regulations to avoid putting the safety of its road users at risk.

David Davies, executive director of the Parliamentary Advisory Council for Transport Safety (PACTS), which advises the Government, said: “There has been little progress in reducing road deaths and injuries over the past decade (apart from during the 2020 lockdown). Here is a package of measures that would kick start a new chapter. It comes at almost no cost to government or the motorist. We support the call from former transport ministers for the government to at least match the standards that will apply in Northern Ireland. It could demonstrate the UK’s new independence by going further and faster.”

The measures have the support of road safety stakeholders and the UK automotive industry, as compliance with these standards will be a requirement for exporting vehicles to Europe from July this year.

In a letter to Shapps, the former Transport Ministers said not adopting the new standards “risks putting the UK automotive industry at a competitive disadvantage.”

The Government consulted on new vehicle regulations in November 2021. A response has not yet been published.