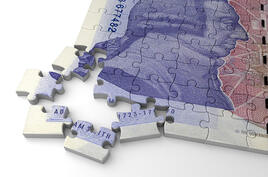 The Chancellor, Rishi Sunak, will deliver the Spring Statement today (Wednesday, March 23), with the fleet and leasing industry hoping for help and clarity on a series of issues.

LeasePlan UK says that few Chancellors in history have ever had bigger backdrops to their Budgets than Rishi Sunak has had during his two years in the role.

Matthew Walters, head of consultancy services and customer value at LeasePlan UK, says that just days after he delivered his first Budget statement, on March 11, 2020, the country entered the first of its lockdowns due to the Covid pandemic.

Then, later that same year, came the UK’s full departure from the European Union. And now, war is being waged in Ukraine.

Today’s Spring Statement was originally billed as a “forecast statement” – a chance for us all to hear the latest economic and fiscal forecasts from the Office for Budget Responsibility (OBR), and little else.

But now Walters says that it appears as though it will be something more than that, with action on everything from defence spending to the cost of living.

Fleets have faced daily rises at the pumps, with averages hitting new records on most days over the past few weeks.

Walters said: “It’s likely that Sunak will do something about fuel costs which are at record highs. But what will that something be?

"For over a decade now, successive Chancellors have frozen the main rate of Fuel Duty at 57.95p a litre, but, while that freeze is better than a rise, it won’t do much to help motorists filling up at the pumps in early 2022. Perhaps a genuine cut is on the way?”

There is a chance that the Chancellor will consider other fuel-related measures. “There are already suggestions, for example, that he might increase the mileage allowance from its current 45p – meaning that employees will enjoy tax relief on more of their business miles,” continued Walters.

“Then, of course, there’s the big one. For some time now, the Government has hinted that it may look to move beyond fuel duty entirely, in order to recoup the revenues that will be lost as more and more people climb into electric vehicles.

“It had even been speculated that road pricing – i.e. charging people for using roads – might become the new basis for motoring taxation.

“Yet we haven’t heard anything about those plans since.

“In a way, any caution on the Government’s is understandable: moving away from fuel duty would be a historic change. But it’s also true that, with fuel prices rocketing, now might be the time to look at alternative forms of taxation.”

Outside of fuel, Walters said: “We’re still waiting on various other announcements from the Chancellor – from the rates of company car tax for 2025-26 to the outcomes of various consultations into vehicle excise duty.

“Once again, Rishi Sunak is going to have to deliver something bigger than he – and we – might have previously anticipated.”

Sunak is due to deliver his Spring Statement to Parliament at 12.30pm today (Wednesday, March 23).

A freeze in fuel duty for fleets, but no mention of company car tax - the fleet industry reacts to Budget 2021.