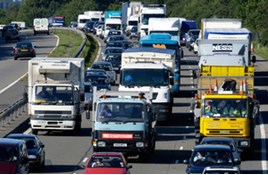 Calls to ban heavy lorries in city centres could be misguided, warns Cap.

"Society’s demand for material goods, fuelled by internet purchases that must be delivered in the shortest possible time, has seen an increase in freight on the UK’s roads. It’s easy to assume that the more freight, the bigger the vehicles, but with delivery times shortening, more and more light commercials are being acquired, increasing congestion and pollution", explained John Watts, senior editor commercial vehicles and motorcycles for Cap.

“The reality of getting our ‘stuff’ from somewhere online to our homes is that more goods are behind shipped by commercial vehicles that reduce in size, as the distance to the final delivery point shortens,” John Watts comments. “Rather than one long trailer, we have several smaller vehicles, taking up more road space, increasing congestion, slowing traffic and resulting in increased idling times for older, more polluting engines.

“In addition, any plans to ban heavy vehicles in town centres, unless they are powered by alternative fuels, gives no consideration to the environmental costs associated with warehouse construction, vehicle production, alternative fuel production and other factors. In the UK the vast majority of production of all fuel types is carbon-based, with its well-documented contribution to global warming.”

Watts concluded, “According to our figures, pollution could increase by as much as eight times, if city centres decide to ban heavy goods vehicles. In addition, there would be a huge increase in costs to get extra drivers for forklifts, more warehouse staff and extra vehicles. If alternative fuels were used, there would need to be an infrastructure to support it, as well as sufficient parking space to store vehicles not in use.

“This is a laudable principle, but the issues caused by banning lorries, could outweigh any potential benefits. The danger is, we implement schemes that don’t actually reduce pollution and congestion, they simply move them elsewhere.”