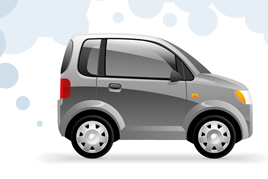 MPs have called on the Government to give more councils the power to charge certain vehicles to enter pollution hot-spots.

Currently, 38 out of 43 geographical zones in the UK are failing EU air quality standards due to high levels of NOx – the gas that is emitted by burning fuels, especially diesel.

However, the Department for Environment, Food and Rural Affairs (DEFRA) says just five cities outside of London – Birmingham, Leeds, Southampton, Derby and Nottingham – will be given charging powers to tackle pollution (Fleet News: October 15, 2015).

Local authorities will scope out the details of schemes, including geographical extent, for local community consultation, and DEFRA will set national standards on vehicle emissions, with legislation defining the types of vehicle to which controls will apply.

London is due to introduce an Ultra Low Emission Zone (ULEZ) from September 2020, under current proposals - though new Mayor Sadiq Khan is currently consulting on proposals to bring this forward, and extend the area covered. Vehicles travelling in the congestion charge zone will need to meet new emission standards 24 hours a day, seven days a week.

However, Neil Parish, chairman of the Environment, Food and Rural Affairs Committee, has called on the Government to give local authorities in other areas the same powers.
He said: “Councils in the other English cities currently exceeding EU pollution limits must also be given the option of using such powers if their communities support action.”
Most English cities will achieve compliance with EU limits by 2020, but the five cities DEFRA has chosen to introduce clean air zones will not be compliant until 2025 if additional measures are not introduced. London, thanks to the introduction of the ULEZ, will meet the target by 2025.

“Communities must be given legal powers to set controls that meet their own circumstances – for example, some might want to charge polluting vehicles to access zones at certain times of day or to target specific bus routes.”

The British Vehicle Rental and Leasing Association (BVRLA) said giving councils greater freedom to set up clean air zones could end up creating a lack of consistency across the country which would be problematic for fleets.

Gerry Keaney, chief executive of the BVRLA, said: “The Government needs to step up and deliver a framework for a nationwide network of low-emission zones.”
The BVRLA is also concerned that fleets are not punished with retrospective measures for decisions that they have already made.

“Fleets operate vehicles on three, four and five-year contracts and need time to prepare for any significant change,” said Keaney. “Fleets need consistency, but a blanket ban of all diesel vehicles in city centres would be damaging to businesses.”

The committee has called on Defra to consult interested parties, including local authorities, and publish revised proposals by July 21. In addition, it says the Government must publish proposals to make it easier for local authorities to use powers over traffic movement and new development to tackle air pollution as and when the need arises.