Electric vehicles-only lane in Nottingham will be a UK first 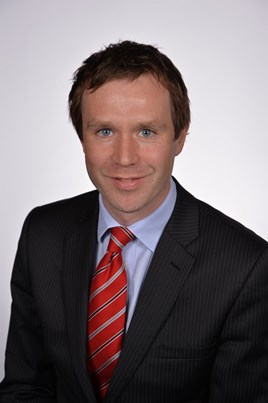 Electric vehicles (EVs) will have their own lane for the first time in the UK when a multi-million pound road improvement plan is completed next year.

The new lane will form part of the six-mile Nottingham Eco Expressway, which will be adapted from an existing route into the city.

Running in each direction of the road, the EV lanes, which will also be used by electric buses, will be accompanied by a cycleway and lanes for conventional vehicles.

EV-only lanes are common in the US, where plug-in and hybrid vehicles are permitted to use high-occupancy vehicle lanes. But, the £6.1m project in Nottingham is the first of its kind in the UK.

It has been funded by the Derbyshire and Nottinghamshire Local Enterprise Partnership – a consortium of 19 district, city and county councils, as well as universities and colleges, and local business groups.

The aim is to encourage more people to travel sustainably around Nottingham after it was named a Go Ultra Low City, along with Bristol, London and Milton Keynes.

The city secured a £6m share of the £40m of Government funding on offer by pledging to help drive the uptake of plug-in vehicles through a range of innovative ideas.

As it stands, data from the Driver and Vehicle Licensing Agency (DVLA) shows the number of plug-in vehicles in Nottingham has grown from 11 four years ago to 164 today. In the wider county, the rise in electric car ownership has been faster – up from 11 to 536 in the same four-year period.

However, it still falls some way short of the city council’s commitment to help deliver an additional 8,000 ultra-low emission vehicles (ULEVs) on the region’s roads by 2020.

It was a key pledge from Nottingham’s Go Ultra Low City bid and it aims to overcome the barriers to uptake by encouraging local businesses and public sector organisations to make the switch.

It has proposed a range of incentives and awareness programmes targeted at businesses, including: a business EV grant scheme to help part-fund charging infrastructure at business premises; opportunities to meet with existing EV fleet users and learn about their experiences; and a ‘try before you buy’ loan scheme in conjunction with local dealers to give small- and medium-sized enterprises (SMEs) the opportunity to trial a ULEV.

It will also provide access to a dedicated support programme, operated by the Low Carbon Hub, to provide SMEs with help to assess potential cost savings through the incorporation of ULEVs in their fleet operations, along with ULEV fleet management and driver training support.

Councillor Nick McDonald (pictured), portfolio holder for growth and transport at Nottingham City Council, said: “The city council is putting in place infrastructure and support to grow the use of electric and other low-carbon transport in Nottingham.”

The city is no stranger to radical thinking. It achieved its carbon emissions reduction target four years’ early, thanks in part to the introduction of the Workplace Parking Levy WPL.

Data showed a 33% drop in carbon emissions since 2005, beating a target set by Nottingham City Council to achieve a 26% reduction by 2020. It puts Nottingham top of the largest cities in the UK outside London, for the greatest reduction in emissions and the lowest emissions per head of population.

However, air quality remains a concern. Nottingham was one of 10 UK cities and towns identified for failing to meet World Health Organisation (WHO) standards for air pollution earlier this year. The others were Port Talbot, Stanford–le-Hope, Glasgow, Leeds, London, Scunthorpe, Eastbourne, Oxford and Southampton.

McDonald believes that the road plan will help drive down pollution in Nottingham “The Eco Expressway is an exciting new development that grows our commitment to low-emission transport further,” he said. “It will provide quicker and cleaner travel and help to improve the city’s air quality.”

Work on the Eco Expressway began last week and the scheme is expected to function towards the end of 2017, with the first phase of works completed by March next year.