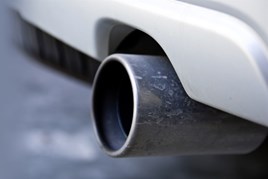 The Welsh Government is seeking views on its clean air zone (CAZ) proposals, which include stopping the most polluting vehicles from entering a CAZ or charging them to enter.

The consultation has been launched following the announcement by environment minister Hannah Blythyn of a £20 million air quality fund, which will run until 2021, to support local authorities to comply with nitrogen dioxide limits and improve air quality in their areas.

Unlike in England where CAZs have to be introduced in Birmingham, Derby, Leeds, Nottingham and Southampton by 2019, the Welsh Government is not mandating their implementation but it has directed both Caerphilly County Borough Council and Cardiff Council to look at whether a CAZ is needed.

Blythyn said: “We will encourage local authorities to introduce clean air zones, where evidence suggests they are needed to reduce harmful emissions, as well as launching a new website which allows people to check the air quality in their area.

“Delivering clean air in Wales is one of my key priorities. I am committed to taking action to reduce air pollution in Wales to support a healthier future for our communities and protect our natural environment."

The emissions standards that vehicles will need to meet for unrestricted access to a CAZ in Wales are Euro 6 for diesel cars and light commercial vehicles and Euro 4 for petrol.

It is also suggesting that ultra-low emission vehicles (ULEVs), construction vehicles already in use prior to the commencement of a CAZ, LPG vehicles and residents’ vehicles should be exempt.

Vehicles retro-fitted with an emissions control device approved by the Clean Vehicle Retrofit Accreditation Scheme would also be exempt.

The consultation is open for six weeks and the final CAZ  framework for Wales will be published by July 31.

A consultation has also been launched on plans to tackle roadside nitrogen dioxide (NO2) concentrations. Like the CAZ consultation it will run until June 19 with responses published by July 31.

50mph speed limits to be introduced

Blythyn confirmed immediate measures, including temporary speed limits, will come into force within the next two months to reduce NO2 levels on roads where levels are currently above legal limits.

Among the restrictions will be the introduction of 50mph speed limits at five locations:

The measures are expected to deliver immediate improvements to air quality at the key locations, with 50mph speed limits expected to reduce emissions by up to 18%, the Welsh Government said.