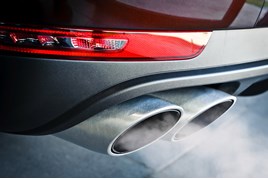 Bonn and Cologne have become Germany’s latest cities to receive a court order requiring them to introduce diesel bans from April 2019.

Cologne must introduce a diesel ban on Euro 4 vehicles and below, by April next year, expanding to include Euro 5 vehicles in September 2019.

Bonn has been ordered to introduce diesel bans on two major roads and retrofit its main bus fleet to clean up emissions. One of the roads will be required to exclude cars up to and including Euro 5 emissions standard from next April.

The challenge was brought by ClientEarth and Deutsche Umwelthilfe (DUH) who have between them taken action over illegally dirty air in 34 cities across Germany.

“The courts are continuing to rule in favour of people’s health as they are required to by EU law. This fresh ruling shows that recent proposals to water down laws that protect people will not fly,” said head of ClientEarth’s Germany office Hermann Ott.

The ruling comes as action by the government to try to prevent courts ordering diesel bans has provoked outrage in Germany.

Clean air hearings in Essen, Gelsenkirchen and Darmstadt are expected in the coming weeks.