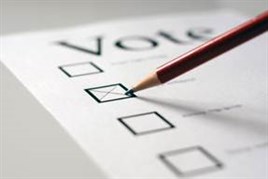 The Conservatives offer the best policies for the fleet industry, according to the latest poll from Fleet News.

With less than three weeks to go before votes are cast on May 7, the Tories received the backing of 52.8% of respondents – more than double that of their nearest rivals.

National polling shows the Conservatives and Labour are neck-and-neck, which suggests another coalition  Government is the most likely outcome.

In an effort to ensure the fleet industry’s voice is heard, the sector has been using the Fleet Industry Manifesto 2015 to lobby the UK’s political parties.

Representatives from the British Vehicle Rental and Leasing Association (BVRLA) met with Labour’s transport team, including shadow minister for roads Richard Burden MP and Joseph Fortune, the chief of staff to the shadow transport secretary in January.

A number of other contributors to the Fleet Industry  Manifesto gave their views at the meeting, including representatives from Enterprise Rent-A-Car and Royal Mail.

At the meeting, it was recommended that businesses be given greater access to car clubs, the tax rebate on Approved Mileage Allowance Payments (AMAPs) be restructured, local and national road infrastructure funding be secured and road safety targets be restored – all key requests in the industry’s manifesto.

Lord Bradshaw agreed to take up a number of proposals with the committee, including a recommendation to set up an Office of Intelligent Mobility.

Intelligent mobility is the term used to describe a range of new technologies with the potential to tackle key challenges facing road transport by reducing congestion, cutting emissions and making roads safer. The Fleet Industry Manifesto calls on the next Government to ensure a joined-up approach to intelligent mobility by creating an Office for Intelligent Mobility, along the same lines as the Office for Low Emission Vehicles (OLEV).

Lord Bradshaw was also particularly supportive of road pricing, as long as the system was cost-neutral.

A meeting with Earl Attlee, the former Conservative spokesman for transport and Government whip, also enabled the BVRLA to make the fleet industry’s case on a number of issues.

Lord Attlee agreed to table a series of parliamentary  questions relating to vehicle safety and mileage claimed under AMAPs. Unlike the rest of the Government’s motoring tax policy, the current use of AMAPs gives employees no incentive to use lower-emission vehicles or alternative, more sustainable forms of transport.

The Fleet Industry Manifesto calls on the next Government to look at the regulation of AMAPs, and the potential impact they have on local air quality and CO2 emissions.

Jay Parmar, director of policy and membership at the BVRLA, told Fleet News that discussions were ongoing and would continue after the election when the new Government has been formed.

He said: “The BVRLA’s political engagements will ensure that the rental and leasing industry is at the forefront of the minds of the next Government.

“Having copies of the Fleet Industry Manifesto in their offices is a great way to ensure policymakers understand the vital contribution the fleet sector makes to UK plc.”

The Fleet Industry Manifesto was produced by BVRLA, ACFO and Fleet News to ensure a clear and concise set of policy suggestions.

The opinions of a diverse range of senior fleet industry representatives were sought over eight months and it was formally launched at the House of Lords in December 2014, where it was presented to MPs representing the three main political parties, including transport minister John Hayes.